Finding a critique partner may be difficult. Attempting to find critique partners which you are compatible with may be even harder to find. When looking for partners, try joining a writer's group. Many of them offer services to join like-minded genre authors together. You can also find an online writer's group where anyone can submit their chapters for critiquing. Then after you find people you like to work with then you can separate and form your own small group. Make certain the people you want to critique with offer honest criticism but not literary homicide.

Several years ago, after I had joined ACFW I  combed the organization's rolodex, looking for writers who lived near me. I had already started a small group of three writers. We had the privilege of adding Shirley Harkins to our critique group. She was a beautiful lady who was well versed in the word of God. Her passion was to write scripts for plays. Shirley even had a theatrical group, Drama Drash who travelled to nearby churches to perform her plays. When she decided to write fiction for the first time, her works-in-progress lacked emotion. It was a couple of months after she joined our group that we had learned of her script writing. We then realized that in script writing the actor takes the dialogue and applies the appropriate emotions, but in writing fiction the author has to write the emotions for the reader to feel. When we came together and discussed the subject of emotions and writing fictional character's emotions, Shirley had that ah-ha moment. She laughed and said it made sense to her and for months she thought we didn't like her work. But we did like her work, it was more that we were trying to diagnose what was wrong with her chapters. When critiquing online, don't leave the group too soon. A misunderstanding may be cleared with a little communication. I would love to speak with Shirley again, but she went to Heaven on my birthday in 2009. 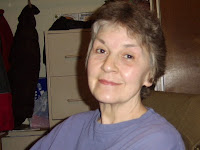 Mentoring is different from critiquing. Yes, critiquing is involved sometimes in accordance to the agreement, but the role of a mentor is different from a critique partner. Mentoring is all about having a trusted guide to lead you through the writing process and the publication journey. A mentor gives advice in a non-threatening way, appreciating the value of the writer, empowering the writer to move forward with confidence. A mentor helps sets realistic goals for the writer and holds the writer accountable. If the relationship allows, the mentor may offer constructive criticism on the writer's works-in-progress. A mentor knows the big picture of the writing journey and steers the unpublished writer on the right path.

Finding a mentor may be even more difficult than finding a critique partner. Many published authors do not have the time to mentor. Not that they wouldn't mind but with the pressures of deadlines and writing it is very difficult for them to commit. I have had the pleasure of knowing four mentors in my short writing career, and all of them came from the act of joining a writing group or organization. Not from the same group though. My first mentor, Jackye Plummer welcomed me into her house, allowed me to sit at her table, and taught me the basics of writing. My second mentor, Kay Swanson took me under her wing, and taught me about conferences and the publishing world. Both ladies encouraged me and pushed me to continue to write. I met both ladies through a local chapter of Romance Writers of America. My third mentor, Margaret Daley and I met after I had joined Faith, Hope, and Love. This chapter of RWA had began a new program of pairing published authors with novice writers. I enjoyed my time with her. She was a constant source of optimism. My current mentor, Judy Bodmer and I met when I applied to the Christian Writer's Guild for their apprenticeship course. I hope one day I can mentor in the same manner as she. Judy blends the right amount of encouraging words with honest criticism.

If you can find a mentor for your writing life then cultivate that relationship, but also know that some relationships are seasonal. As one of my writing friends said recently, "A writer's life and a writing group seem to ebb and flow." We have to allow for changes in relationships and cherish the time we have with our mentors.


Even though I knew my season with my first mentor had come to a close, I wished that I had spent more time with her as a friend. Rest in sweet peace, Jackye Plummer. (February 22, 1920-July 25, 2011)